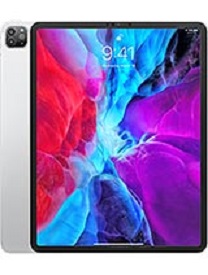 Repair My Phone Today is an iPad Pro 12.9 repair in Oxford. Any brand, any problems, our tech repair experts resolve all issues associated with your Apple iPads. The iPro is purpose-built for students, professionals, and home workers. iPad Pro is the fastest device of its kind. It’s designed to take full advantage of next-level performance and custom technologies like the advanced image signal processor and unified memory architecture of M1. iPad Pro has a fantastic display, a whole host of new smaller upgrades, and thin and light with all-day battery life, makes iPad Pro as portable as it is powerful. All-around experience that makes it a must-have for both Apple fans and those who want an unrivaled tablet experience. Whether it is iPad Pro 12.9(2020), iPad Pro 12.9(4th Gen), iPad Pro 11(2020), iPad Pro 11(2nd Gen), iPad Pro 10.5(2017), iPad Pro 9.7(2018), and so on. We almost repair hardware and software problems of all models of Apple iPads.

For iPad repair, we start with diagnostics to localize the source of faults and apply the accurate solution for iPad Pro problems.

We have a high success rate of repairing liquid-damaged Apple iPad Pro tablets. We deal with most Android tablets of Apple iPads such as iPad Mini, iPad Air, and much more!

If your iPad touch screen has been physically damaged due to several reasons such as a dropped device in water, smashed the screen, on the floor from a high distance, or broke the device then the touch screen could be damaged, vertical lines on the screen, thus stop responding. We use only genuine and original Apple iPad parts to replace the damaged screen. Thus you can expect great results and perfect finishing from us.

Does your iPad have a broken power jack or power jack not working? The charging port wears away and stops working after a year or two of usage. Our iPad Repairs diagnose the problem and replace/repair your iPad charging port if it is faulty.

If your iPad Pro powers on but doesn't hold a charge for a longer time, then you may need a new battery. For every tablet, it is normal for the tablet battery to lose its ability to hold the maximum capacity as it ages. If your tablet can charge the battery, but it doesn't last long enough or holds 25% or less of its maximum capacity, then your iPad battery should be replaced. Repair My Phone Today replace an iPad Pro battery perfectly, usually, it takes 30 minutes to replace.

All tablets are going to bend if you try hard enough, though, so the iPad Pro still needs to be treated carefully. Any damage inflicted knocks to the device scratches, power button & side button not working, broken camera lens or worse will degrade the touchscreen of the iPad. We resolve all the problems of the back camera, power button, side buttons, iPad won't turn on and so on issues usually it takes 30 minutes* to repair your iPad.

We offer our iPad repair service to many cities and locations. If you're searching for laptop repair near me or PC repair near me, then we can help you by arranging Pick up & Drop service. We also offer Remote IT support, Mail-In Service, Walk-In store repair service to a wide range of postcode areas of UK country and covering Oxfordshire and surrounding cities such as Oxford, Banbury, Kidlington, Chipping Norton, Chinnor, Wantage, Luton, Birmingham, Cowley, Headington, Abingdon, Witney, Didcot, Reading, Bicester, Thame, Watford, and much more!

Call us at +44 1865 655261 or email info@repairmyphone.today to book your appointment for iPad Pro Repair, other issues, and queries. Get it fixed while you wait, usually on the same day/next day at an affordable cost.