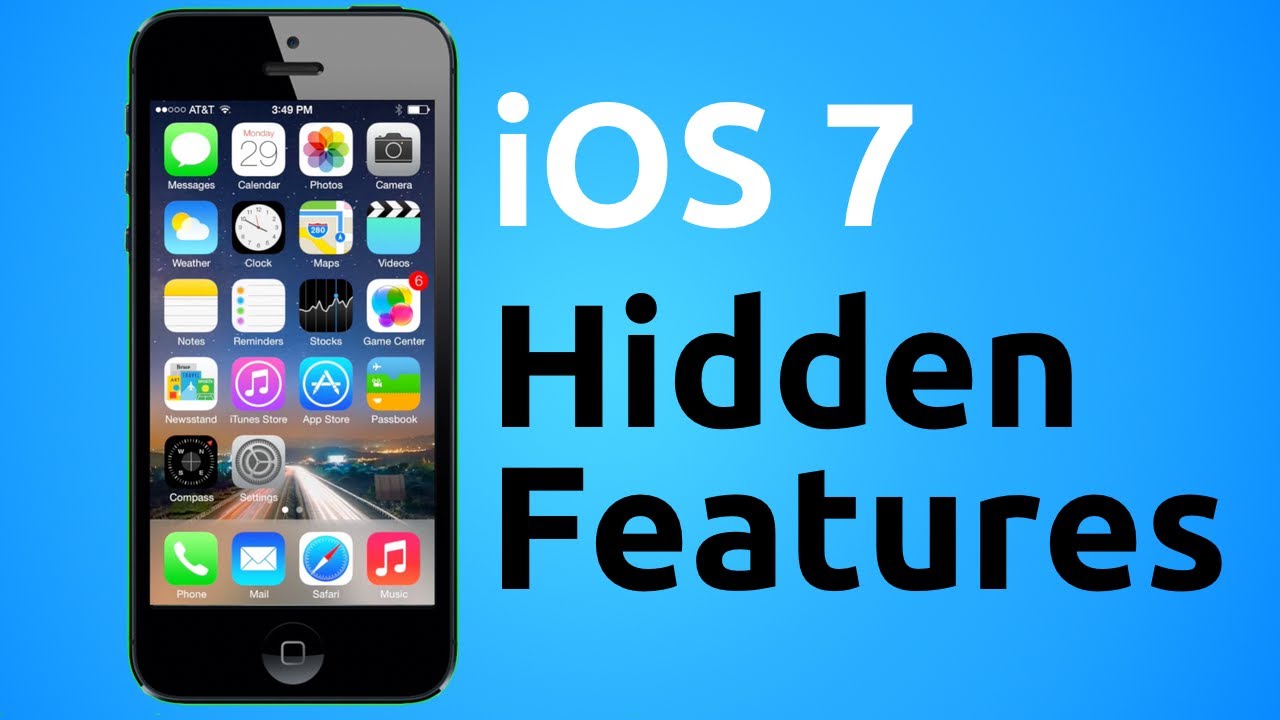 iOS 7 was a breakthrough revolutionary from the traditional iOS order. Whenever Apple releases a new iOS version there will be many hidden features that Apple wouldn't have announced.

Guide Siri How to pronounce names

Every language has its accent and unique pronunciation. We would want Siri to pronounce the name accordingly. Is your Siri repeatedly saying the names incorrectly? Now you can teach your digital assistant exactly how you want it to say and pronounce it.

Say "That's not how you pronounce [name]"

Siri returns from churning your voice into bits

Siri will come up with a few different pronunciations

You can choose the one you are comfortable with

After selecting the right voice, Siri will use the same thereafter.

You can even change the gender of Siri and get the preferred Male or Female voice of your choice.

Control Center is a wonderful feature of iOS 7. At times it is easy to accidentally pull up the Control Centre if you are intensely scrolling through a list in an app or certain games. Luckily Apple has made it easier to disable Control Centre inside of apps

To enable it just go to Settings Control Center and then change toggle "Access Within Apps" On or Off.

If you turn it off, you cannot pull the Control Center feature up inside of apps.

However, you can still access it on the home screen.

Apple has added a set of new animations and a parallax feature which makes it appear as the wallpaper can move behind the apps. But they consume away the battery's power slightly faster. Some people have criticized that Parallax's actions are dizzying anyway, so there is no harm in turning this feature Off.

To do so, visit: Settings > General > Accessibility > Click Reduce Motion to "On."

The iOS 7 lets the device automatically download new application updates whenever they are ready, without you having to visit the App Store to do it yourself. It's a smart function, but you would not want to run updates when the battery is about to die or low making it shut down due to battery low reason.

To disable this, visit - Settings > iTunes and Apple Store and uncheck the Updates option.

Turn off AirDrop Feature of iOS 7

AirDrop feature of iOS 7 lets you share files with other users on the same network, but when you are not using it or Bluetooth, for that matter, do your battery a favor and shut it off.

Slide open the Control Center feature and Switch it Off there.